Skip to content
Paying Taxes After a Short Sale – 1099-C

From an investor perspective, when purchasing a short sale, one of the biggest concerns of the seller is whether they will owe taxes on the forgiven amount. We represent sellers and we represent buyers and we are buyers. This is the common concern in these situations. Answering this question clearly can mean the difference between a closed transaction or a dead deal.

Teresa Mears at MSN Real Estate wrote last year and described a situation where a homeowner completed a short sale, the lender wrote off $100,000 and the homeowner was stuck with a $20,000 tax bill. This illustration is technically true, but there are a lot more details that must be considered. Her article was written while Congress was discussing whether they would extend the Mortgage Forgiveness Debt Relief Act and Debt Cancellation last year. It was extended till the end of 2013. Now, they’re discussing an additional extension, but whether it will be extended or not is yet to be seen. If it isn’t, there are other caveats to consider.

If you purchased a home for $500,000 with 100% financing in 2005 and you short sold the property in 2011 for $400,000, it is true that the lender could give you a 1099-C for $100,000. At the same time, you had a capital loss of $100,000 which counter-weighs, in some respects, the income that you would have to include on your tax returns. This is a simplified scenario and you should always contact your accountant when analyzing your options, but it goes to show that simply saying that you might get stuck with a hefty tax bill if you short sell your home is misleading.

The next caveat that should be analyzed is the insolvency exemption which can be taken if the seller can show they’re insolvent. This is done by using Form 982. For the most part, people are short selling their home because they are in distress. A loss of a job or some other debilitating situation might have occurred. This could cause the homeowner to use all of their resources in order to keep the house. In this instance, which is very common, the homeowner might qualify for the exemption and should bring this up to their tax professional. Remember, previous tax years can be amended in order to take advantage of this exclusion.

Toni McAllister with the Lake Elsinore-Wildomar Patch is calling for the law to be extended again. She quotes C.A.R. President Don Faught as saying, “To heap an unfair tax bill on top of the pain and emotional duress of losing a home is unconscionable.” The state legislature is also considering a law, Senate Bill 30 in which it would extend California’s supplement to the federal law with regards to mortgage debt relief. This is all good and fine but there are other considerations with regard to the simplistic view people seem to have about claiming the forgiven debt as income, as I have outlined in this article.

My personal opinion on the matter is that as trust deed investors here at FK Capital Fund, when you lend money on any type of asset or even if it is unsecured, you are taking an investment risk. At the same time, the homeowner is also taking a risk by borrowing that money. Sometimes when you take an investment risk, you win or you lose and both parties suffer which means that even the issuance of a 1099-C should be abolished. This would force lenders to be more careful when lending and would result in a more secure financial system in the process. 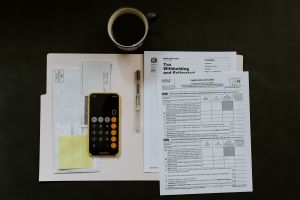